This makes sense to me - even thought I'd be hit hard by it, myself
“Air travel should be taxed to protect the world’s vulnerable from drought, flooding and sea level rise. A €180 ($196/£130) levy on business class tickets and €20 on economy class would raise the estimated €150bn a year needed for climate adaptation.  That is one proposal by French economists Lucas Chancel and Thomas Piketty to address global inequalities between high-polluting individuals and the victims of climate change.

“Taxing flights is one way to target high emitting lifestyles, especially if we tax business class more than economy class,” Chancel told Climate Home. “A tax on air tickets to finance development programs already exists in some countries. What we need is to increase its level and generalise it.”

Piketty – author of Capital, a bestseller on wealth inequality – and Chancel outline huge disparities in people’s carbon footprints across the world. One-tenth of people are responsible for 45% of global emissions. “Economic inequalities are reaching record high levels and reducing them constitutes a key challenge to policymakers in the coming decades,” said Chancel.

“It’s the same thing with carbon: another huge challenge that puts our societies at risk. If we fail to address both, our societies can collapse.””

Gerd Leonhard
Futurist, Author, Keynote Speaker, CEO The Futures Agency
www.futuristgerd.com
www.gerdleonhard.de
“Around the same time, I looked into changing my car-insurance policy. I learned that Progressive offered discounts to some drivers who agreed to fit their cars with a tracking device called Snapshot. That people ever took this deal astonished me. Time alone in my car, unobserved and unmolested, was sacred to me, an act of self-communion, and spoiling it for money felt heretical. I shared this opinion with a friend. “I don’t quite see the problem,” he replied. “Is there something you do in your car that you’re not proud of? Frankly, you sound a little paranoid.””

If You’re Not Paranoid, You’re Crazy
http://www.theatlantic.com/magazine/archive/2015/11/if-youre-not-paranoid-youre-crazy/407833/
via Instapaper 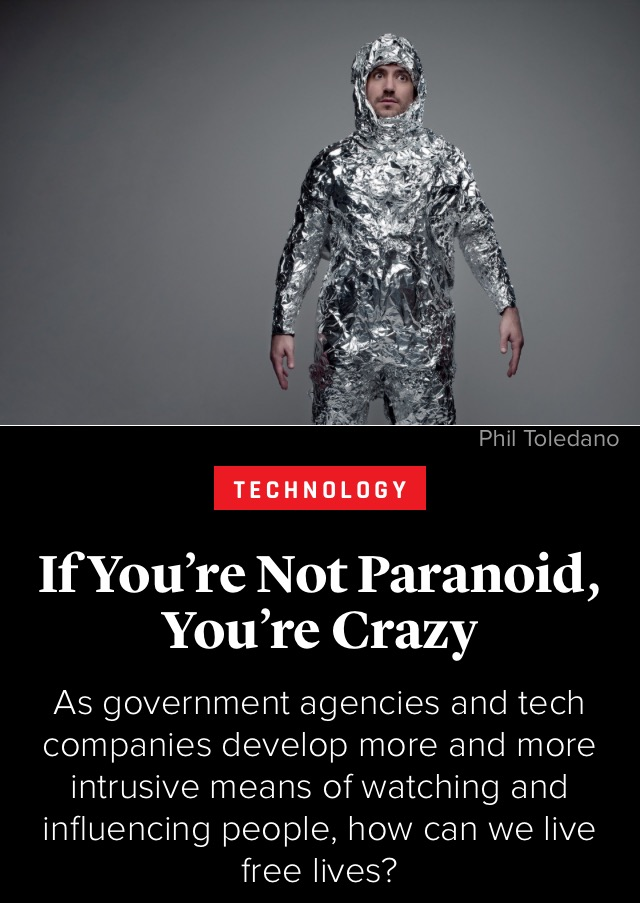 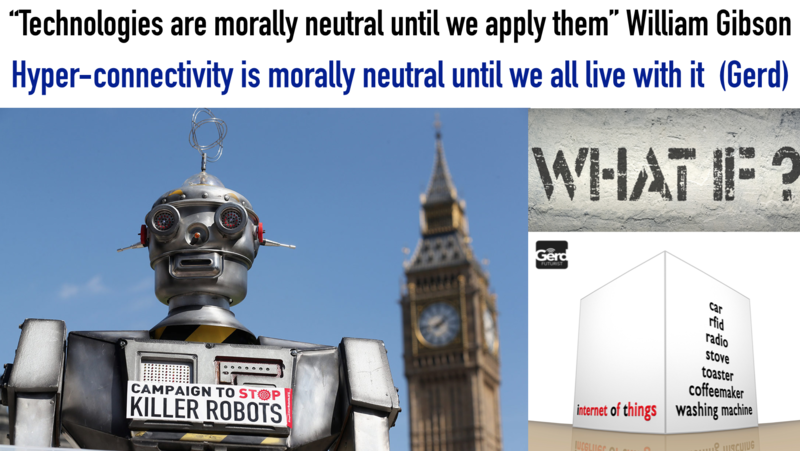 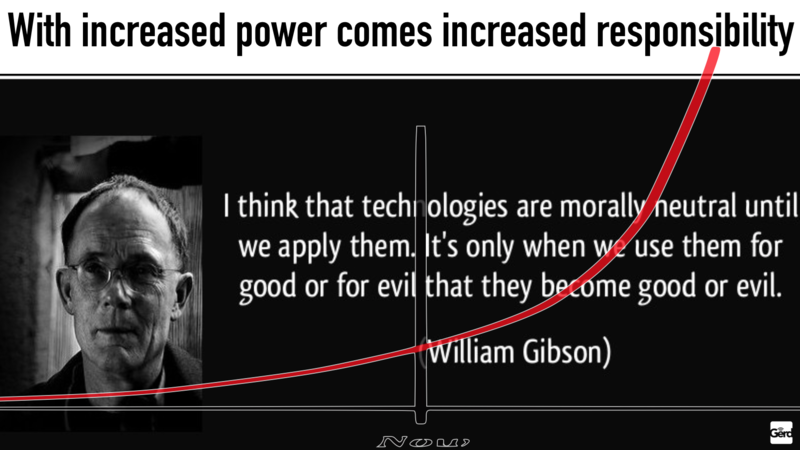 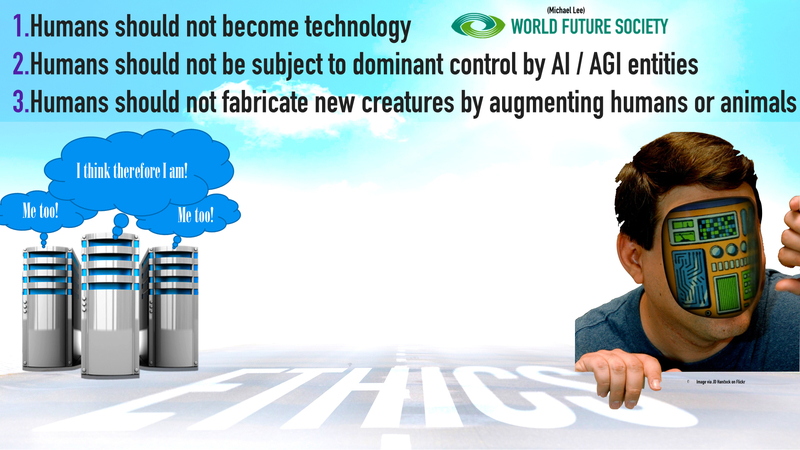 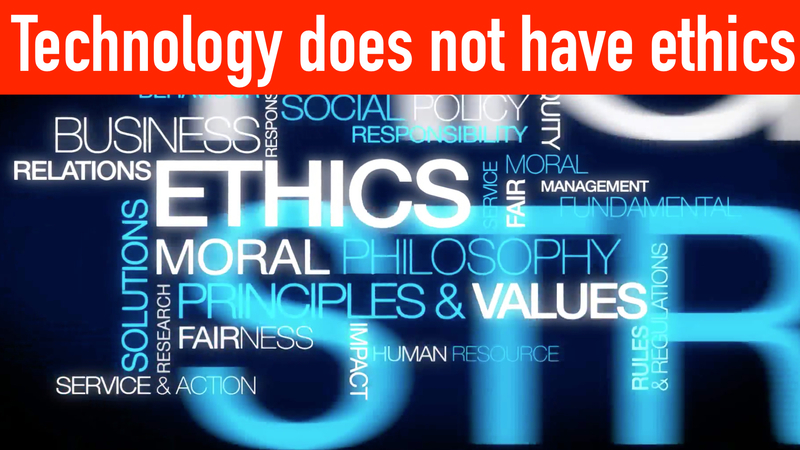 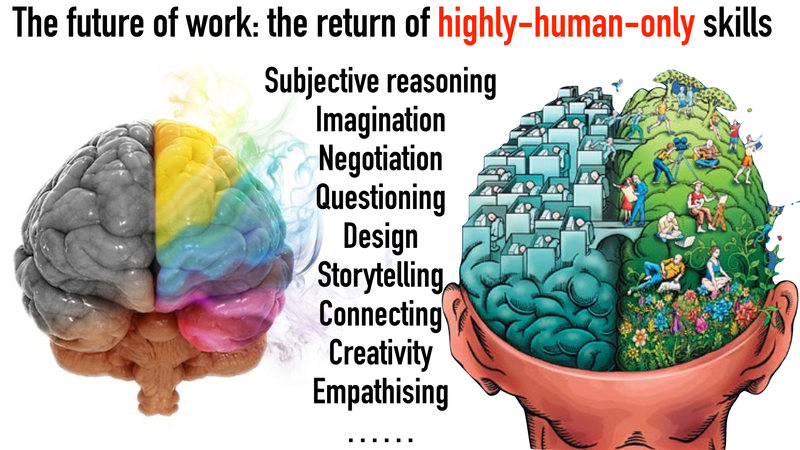 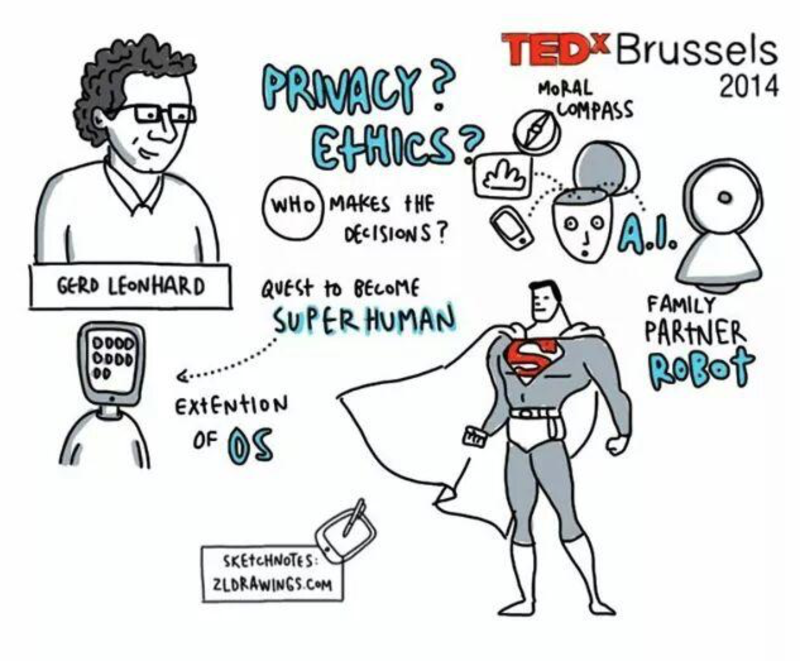 “TechRepublic recently wrote about an academic conference on 'Love and Sex with Robots' being declared illegal, which brings up lots of larger ethical questions about robots and artificial intelligence.

That's the main topic of episode 15 of The TechRepublic Podcast, with Jason Hiner, Bill Detwiler, Erin Carson, Hope Reese, and I.” 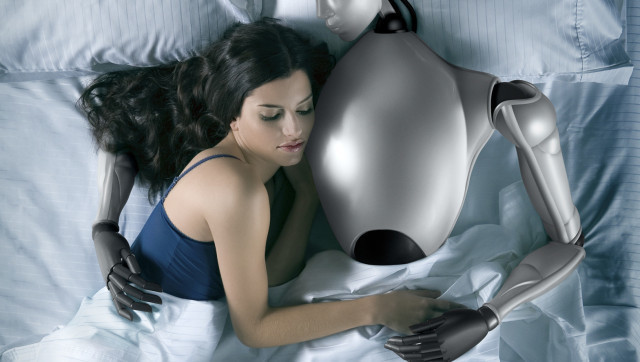 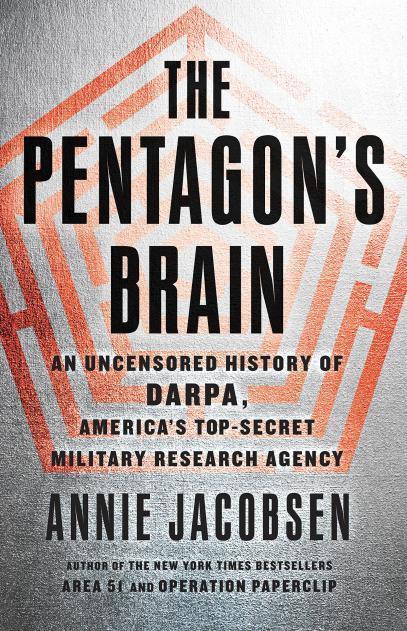 “The defense program DARPA is working to create an artificial brain—but what will it mean for humanity if it succeeds?”
Which raises at least one technical problem regarding artificial intelligence and autonomous hunter-killer drones. “I think robot assassins are a very bad idea for a number of reasons,” Kenyon asserts. “Moral and political issues aside, the technical hurdles to overcome cannot be und

Inside the Pentagon's Effort to Build a Killer Robot
http://time.com/4078877/darpa-the-pentagons-brain/ 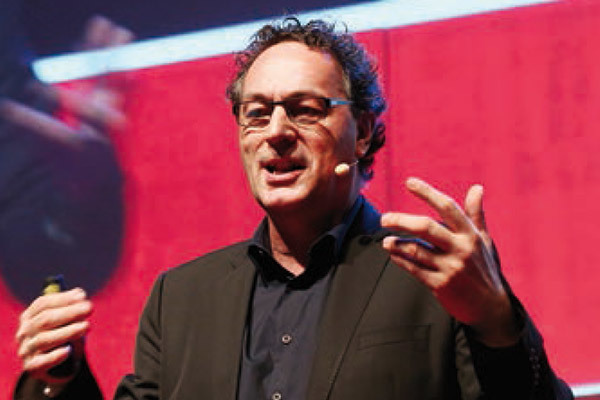 Basel / Switzerland
My new film on tech vs humanity: http://gerd.fm/techvshumanvideo

New: Future of Business book (I contributed)  http://gerd.fm/fobbook
“Corrado says RankBrain is different from the “hundreds” of signals and technologies that contribute to Google’s Search algorithms in that it actually learns and improves over time.”

My new film on tech vs humanity: http://gerd.fm/techvshumanvideo

New: Future of Business book (I contributed)  http://gerd.fm/fobbook
“At the same time, Watson Discovery Advisor will incorporate Watson question-answering capabilities, optimized for discovery. After people create new insights, they can engage in dialogues with the system to clarify their thinking and test propositions. The idea is that humans will collaborate with machines in new ways that deliver better results than people or computers could produce on their own.”

Cognitive Computing in the New Era of Discovery - A Smarter Planet Blog
http://asmarterplanet.com/blog/2014/08/watson-e-discovery.html