“In a nutshell: Facebook, Twitter and other platforms have engaged in a convenient myth of “platform neutrality” which is being regularly unmasked.”

🔮 Facebook; protests; micromobility; cliodynamics, Thermanins and Iceland++ #273
https://www.exponentialview.co/p/-facebook-protests-micromobility
via Instapaper
“As artificial intelligence continues to shape societies and change economies around the world, business leaders need to be aware of the power of the technology and their responsibility for its ethical deployment, implementation and management.”

Why AI ethics should be top of mind for business leaders
https://www.theceomagazine.com/business/innovation-technology/why-ai-ethics-should-be-top-of-mind-for-business-leaders/
via Instapaper
“Well before the pandemic, Amazon was using its digital might to increasingly insinuate itself into our lives. Some 150 million Prime members—a number that grew by 50 million in less than two years—order clothing, staples, and electronics from the e-commerce giant, watch original Prime Video movies and TV shows, and listen to music on Amazon’s streaming media channels. Even consumers who don’t actively use Amazon’s website to shop spend much of their digital lives using services like Netflix that run on Amazon’s ubiquitous AWS servers.

Now the pandemic has accelerated these trends more than anyone could have imagined—and America’s increased reliance on Amazon’s services is likely to stick.”

Amazon was built for the pandemic—and will likely emerge from it stronger than ever
https://fortune.com/2020/05/18/amazon-business-jeff-bezos-amzn-sales-revenue-coronavirus-pandemic/
via Instapaper
“A company could even save a few bucks on office space!

In behavioral psychology, there’s a concept called the recency bias — we recall with most immediacy the recent past. Right now, keeping workers safe from the coronavirus and other illnesses is a primary consideration for employers. And if you read articles predicting the future of telework, you’ll see that people are assuming it will be the same going forward.

But mercifully, this is unlikely to be true. And this is when the employer will likely remember that money spent on real estate is often money well spent.”

Opinion | Telecommuting is not the future
https://www.washingtonpost.com/opinions/2020/05/20/telecommuting-is-not-future/
via Instapaper
“Other suggestions made by Oxfam to help mitigate inequality included investing in national care systems, challenging sexism, introducing laws to protect carers’ rights, and ending extreme wealth.

“Extreme wealth is a sign of a failing economic system,” the report said. “Governments must take steps to radically reduce the gap between the rich and the rest of society and prioritize the wellbeing of all citizens over unsustainable growth and profit.”

The call for a tax overhaul reinforces the charity’s message ahead of last year’s WEF summit, when Oxfam urged governments to hike tax rates for corporations and society’s richest to reduce wealth disparity.”

The world's 2,153 billionaires have more wealth than 4.6 billion people combined, Oxfam says
https://www.cnbc.com/2020/01/20/oxfam-worlds-billionaires-richer-than-a-combined-4point6-billion-people.html
via Instapaper
“Meanwhile, corporations have tried to shift the discussion to focus on voluntary “ethical principles,” “responsible practices,” and technical adjustments or “safeguards” framed in terms of “bias” and “fairness” (e.g., requiring or encouraging police to adopt “unbiased” or “fair” facial recognition). In January 2018, Microsoft published its “ethical principles” for AI, starting with “fairness.” In May, Facebook announced its “commitment to the ethical development and deployment of AI” and a tool to “search for bias” called “Fairness Flow.” In June, Google published its “responsible practices” for AI research and development. In September, IBM announced a tool called “AI Fairness 360,” designed to “check for unwanted bias in datasets and machine learning models.” In January 2019, Facebook granted $7.5 million for the creation of an AI ethics center in Munich, Germany. In March, Amazon co-sponsored a $20 million program on “fairness in AI” with the U.S. National Science Foundation. In April, Google canceled its AI ethics council after backlash over the selection of Kay Coles James, the vocally anti-trans president of the right-wing Heritage Foundation. These corporate initiatives frequently cited academic research that Ito had supported, at least partially, through the MIT-Harvard fund.”

How Big Tech Manipulates Academia to Avoid Regulation
https://theintercept.com/2019/12/20/mit-ethical-ai-artificial-intelligence/?utm_campaign=0277d72712-EMAIL_CAMPAIGN_2019_12_21&utm_medium=email&utm_source=The+Intercept+Newsletter&utm_term=0_e00a5122d3-0277d72712-126477317
via Instapaper
“Content algorithms would continue to drive us down rabbit holes toward extremism and conspiracy theories, since automating recommendations is cheaper than paying human editors to decide what’s worth our time. And radical content, incubated in insular online communities, would continue to inspire mass shootings.

By influencing two billion brains in these ways, today’s social media holds the pen of world history: The forces it has unleashed will affect future elections and even our ability to tell fact from fiction, increasing the divisions within society.”

Opinion | Our Brains Are No Match for Our Technology
https://www.nytimes.com/2019/12/05/opinion/digital-technology-brain.html
via Instapaper 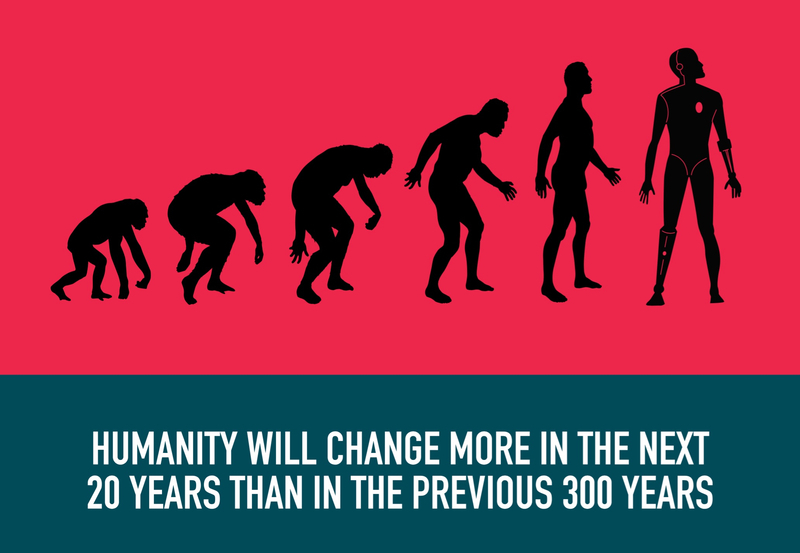 “Domestically, our private and public sectors will use AI decisively to generate economic gains and improve lives. Internationally, Singapore will be recognised as a global hub in innovating, piloting, test-bedding, deploying and scaling AI solutions for impact," said the SNDGO, which is part of the Prime Minister's Office.

To kick off its efforts, the government identified five national projects that focused on key industry challenges, including intelligent freight planning in transport and logistics, chronic disease prediction and management in healthcare, and border clearance operations in national safety and security. These form part of nine sectors that have been earmarked for heightened deployment as AI is expected to generate high social and economic value for Singapore. These verticals include manufacturing, finance, cybersecurity, and government.” 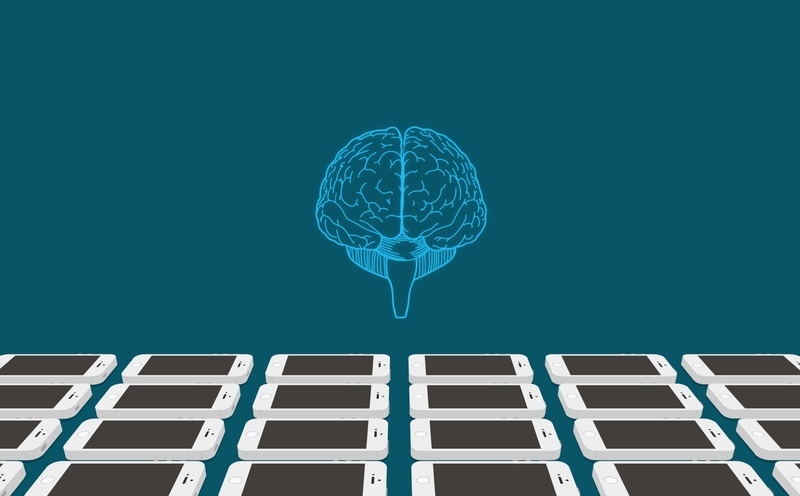 “Big Tech companies are the winners of the 21st century economy. They’ve amassed too much power, largely profiting from our personal data, and unaccountable responsibility—we have reached a point where the government needs to step in. And we’re starting to take notice, with about 50% of US adults1 favoring more regulation on tech firms. These companies themselves are asking for regulation (until you propose specifics).

Unfortunately, our government is unequipped to handle it. We dissolved the Office of Technology Assessment in 19952. Recent hearings3 with tech CEOs like Mark Zuckerberg exposed the lack of basic understanding of technology by members of our Congress.

Digital giants such as Facebook, Amazon, Google, and Apple have scale and power that renders them more quasi-sovereign states than conventional companies. They’re making decisions on rights that government usually makes, like speech and safety. Their business models are predicated on keeping people engaged, driven by algorithms that are supercharged by technology to predict our behavior, such as artificial intelligence and machine learning, and that feed off of our data, creating an increasing asymmetry of power without any accountability.”

Regulating Technology Firms in the 21st Century - Yang2020 - Andrew Yang for President
https://www.yang2020.com/blog/regulating-technology-firms-in-the-21st-century/
via Instapaper
“Engineers at our leading tech firms and universities tend to see human beings as the problem and technology as the solution.

When they are not developing interfaces to control us, they are building intelligence to replace us. Any of these technologies could be steered toward extending our human capabilities and collective power. Instead, they are deployed in concert with the demands of a marketplace, political sphere, and power structure that depend on human isolation and predictability in order to operate.”

Our Tech and Our Markets Have an Anti-Human Agenda
https://medium.com/team-human/our-tech-and-our-markets-have-an-anti-human-agenda-be21d4db767c
via Instapaper 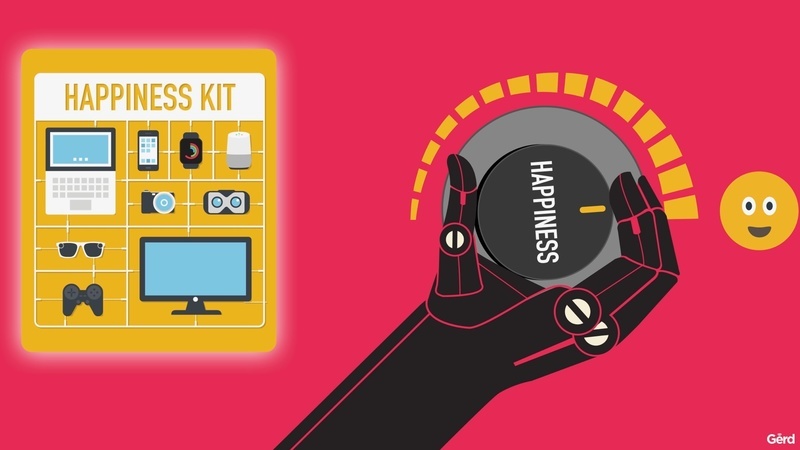